His Eminence John Cardinal Njue, who has been serving as the Archbishop of Nairobi since 2007, has resigned.

According to the Vatican, he was ordained a priest by Pope Paul VI on 6 January 1973. 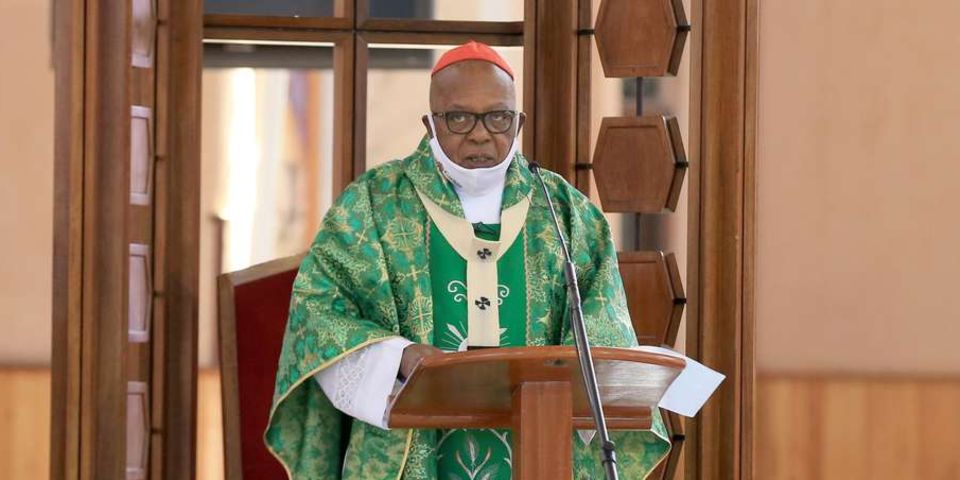 The cardinal was appointed Archbishop of Nairobi on October 6, 2007, taking over from Archbishop Ndingi Mwana a’Nzeki, who retired in October 2007 turning 75.

The pope appointed Right Reverend David Kamau, the Auxiliary Bishop of Nairobi, as the Apostolic Administrator of the Nairobi diocese.

According to the Canon Law, archdiocesan or diocesan bishops including cardinals, are requested to submit their resignation to the Pope on reaching age 75.


The laws state, however, that cardinals are eligible to vote for a new Pope until they turn 80 and can also take part in crucial decisions when called upon by the Pope.

According to Vatican News, he was appointed philosophy professor and dean of students at St Augustine Senior Seminary, Mabanga, in Bungoma in 1974. He was also rector from 1978 to 1982.

In 1982 the clergyman was appointed to the Chuka Parish as its first African parish priest.

He then served as rector of St Joseph’s Philosophicum Seminary in Nairobi until his appointment on June 9, 1986 as the first Bishop of Embu.

He was ordained bishop on September 20 that year and then coadjutor archbishop of Nyeri on January 23, 2002.

From 2005-2006, he was the apostolic administrator of the Vicariate of Isiolo. He served in a similar capacity at the Murang’a diocese from 2006-2009.

Cardinal Njue has been chairman of commissions such as the Episcopal Commission for major seminaries in Kenya and the Kenya Episcopal Conference’s Justice and Peace Commission.

From 2006 to 2015, he was president of the Kenya Episcopal Conference.